UAE President His Highness Sheikh Mohamed bin Zayed Al Nahyan received Turkish Minister of Defense Hulusi Akar, who is currently visiting the country. In the meeting that took place at Qasr Al Shati Palace, the Turkish Minister conveyed to His Highness the greetings of Turkish President Recep Tayyip Erdogan. He also expressed the wishes of his country for continued progress and prosperity. Sheikh Mohamed expressed his gratitude to President Erdogan by wishing Turkey and its people sustainable progress. 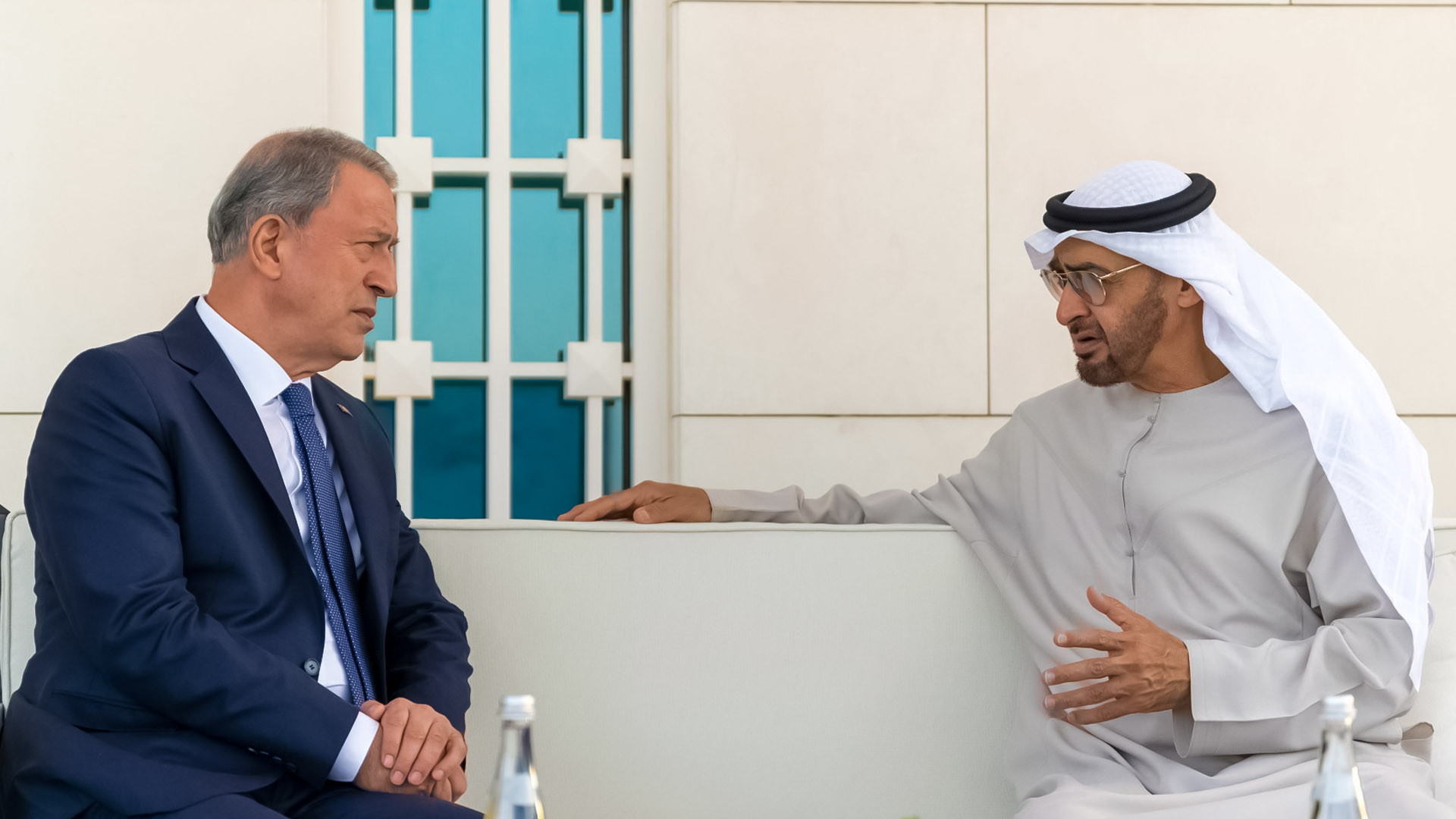 He also offered his condolences for the passing of Sheikh Khalifa bin Zayed Al Nahyan and congratulated His Highness on being elected President of the United Arab Emirates. During the meeting, both sides discussed various aspects of cooperation between the two nations and ways in which to further advance their friendship relations.