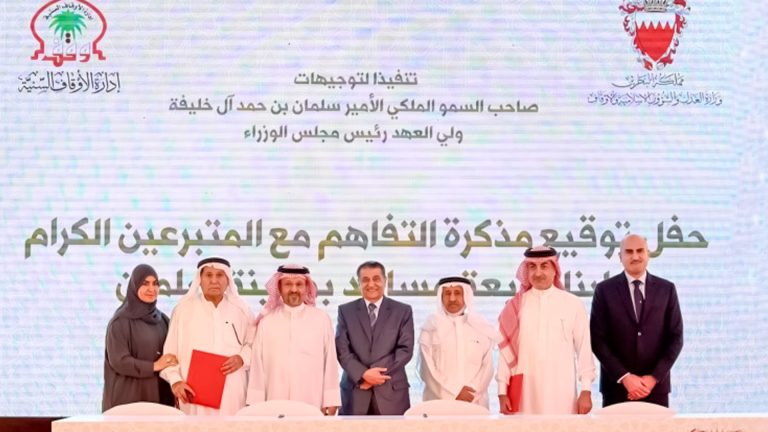 Sunni Endowments Directorate has signed three agreements with donors to build four mosques in Salman City, Bahrain. Salman bin Hamad Al Khalifa, the Crown Prince and Prime Minister, ordered the development plan for mosques in the Kingdom’s governorates to be launched. He also ordered that 20 mosques owned by Sunni and Jaafari Endowments across the Kingdom be inaugurated and restored, and that 12 mosques be built in Salman City. 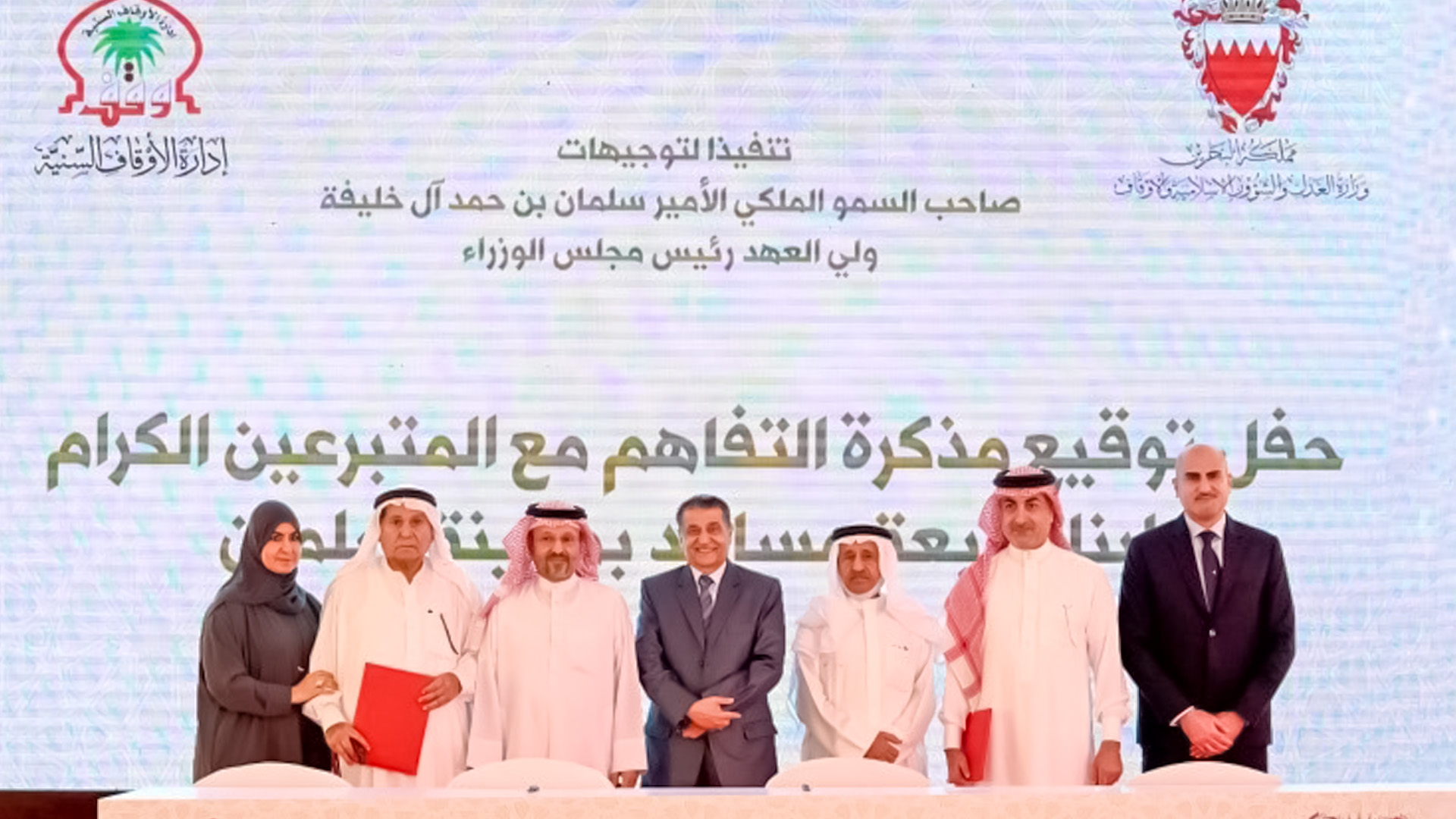 Dr. Shaikh Rashid bin Mohammed bin Futtais Al-Hajeri, Chairman of the Sunni Endowments Council, attended the signing ceremony. On behalf of the ceremony patron, Sunni Endowments Council member and Chairman of the Mosques Committee, Yousif Salahuddin Ibrahim Salah delivered a statement. These projects are part of the Kingdom’s efforts to build mosques in all of its governorates to enable citizens and residents to pray conveniently.

Among the projects will be the Nadia Al-Shater Mosque, the Al-Shaikh Ahmed bin Al-Shaikh Hassan Al-Khan Mosque, as well as the Mohammed Bahlool and His Consort Fatima Al-Khaja Mosque, in addition to another mosque that will be constructed at the expense of a benefactor at a total cost of BD2830,000.