Colonel Saif Abdulhadi Al Hamlan, Commander of the Combined Task Force CTF-152 visited the Maritime Security Centre (MSC) today. He was received at the center by the Deputy Head of the MSC. The guest was briefed on the tactical roles and tasks of the center in search and rescue missions, as well as on maritime safety. In addition, he toured the center’s facilities and viewed its latest equipment and technologies. 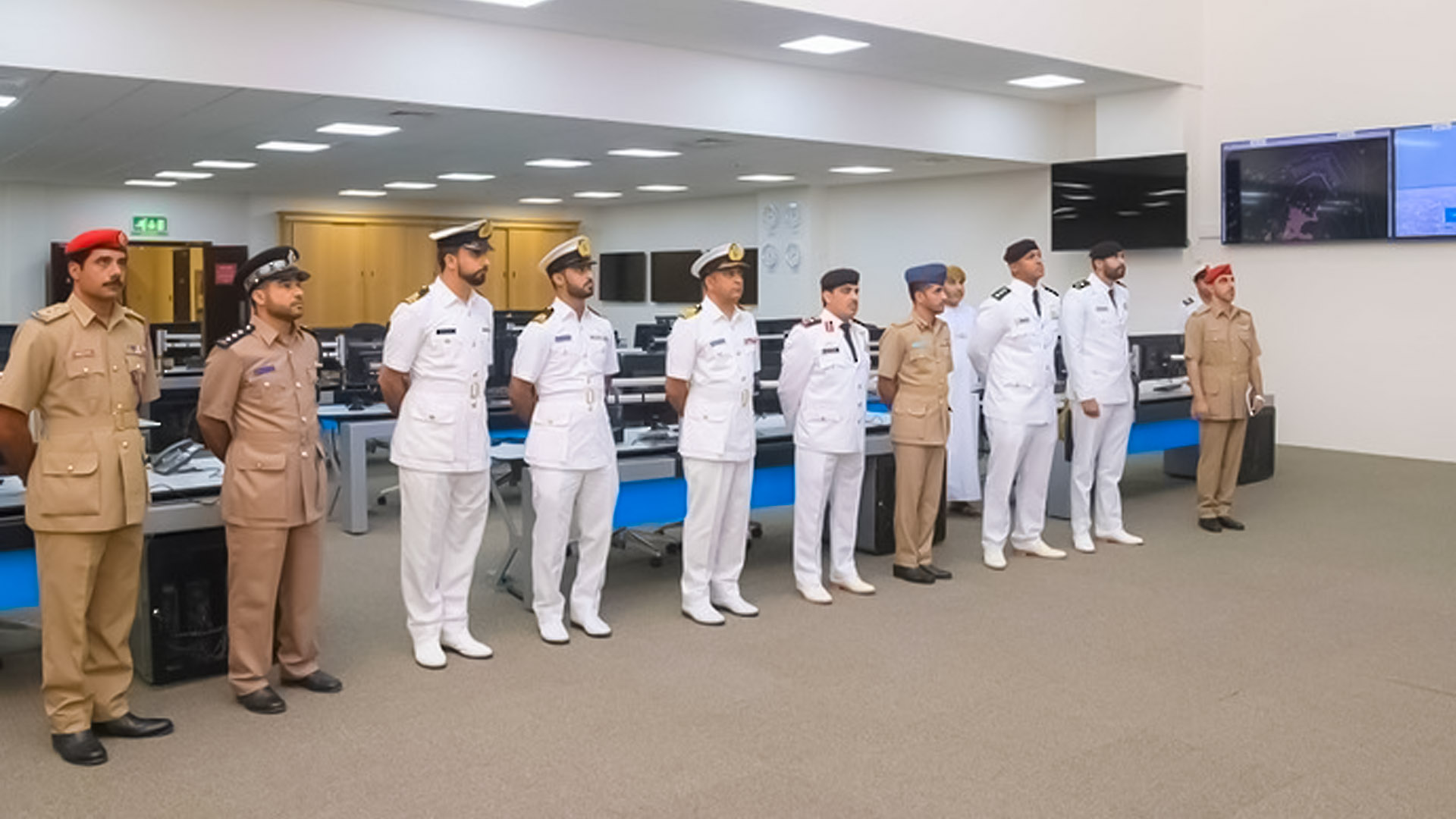 The Maritime Security Centre (MSC) was established in 2013 in accordance with Royal Directives of His Majesty the Supreme Commander of the Armed Forces. Since then, the Centre has operated from its temporary location at the Head Quarters Royal Navy of Oman. The newly constructed MSC building in MAM Camp was inaugurated in December 2018.

One of the most prominent military monuments in the Sultanate during the golden age of His Majesty the Supreme Commander of the Armed Forces. A variety of equipment, systems, and fittings are available in the newly constructed building to fulfill the roles assigned to the MSC. Various military, security, and civilian agencies are involved at operation level in the Centre.