Germany's health minister has warned that the country is...

In the wake of this week's asteroid strike, the...

The Managing Director of the International Monetary Fund (IMF),...

After a three-year hiatus due to the COVID-19 pandemic, the Gutenberg Companions Brotherhood held its 10th solemn chapter of its Moroccan section in the presence of Moroccan and foreign dignitaries. During the ceremony, the brotherhood, named after the inventor of printing, reaffirmed and strengthened its commitment to actively promote and develop culture and reading. 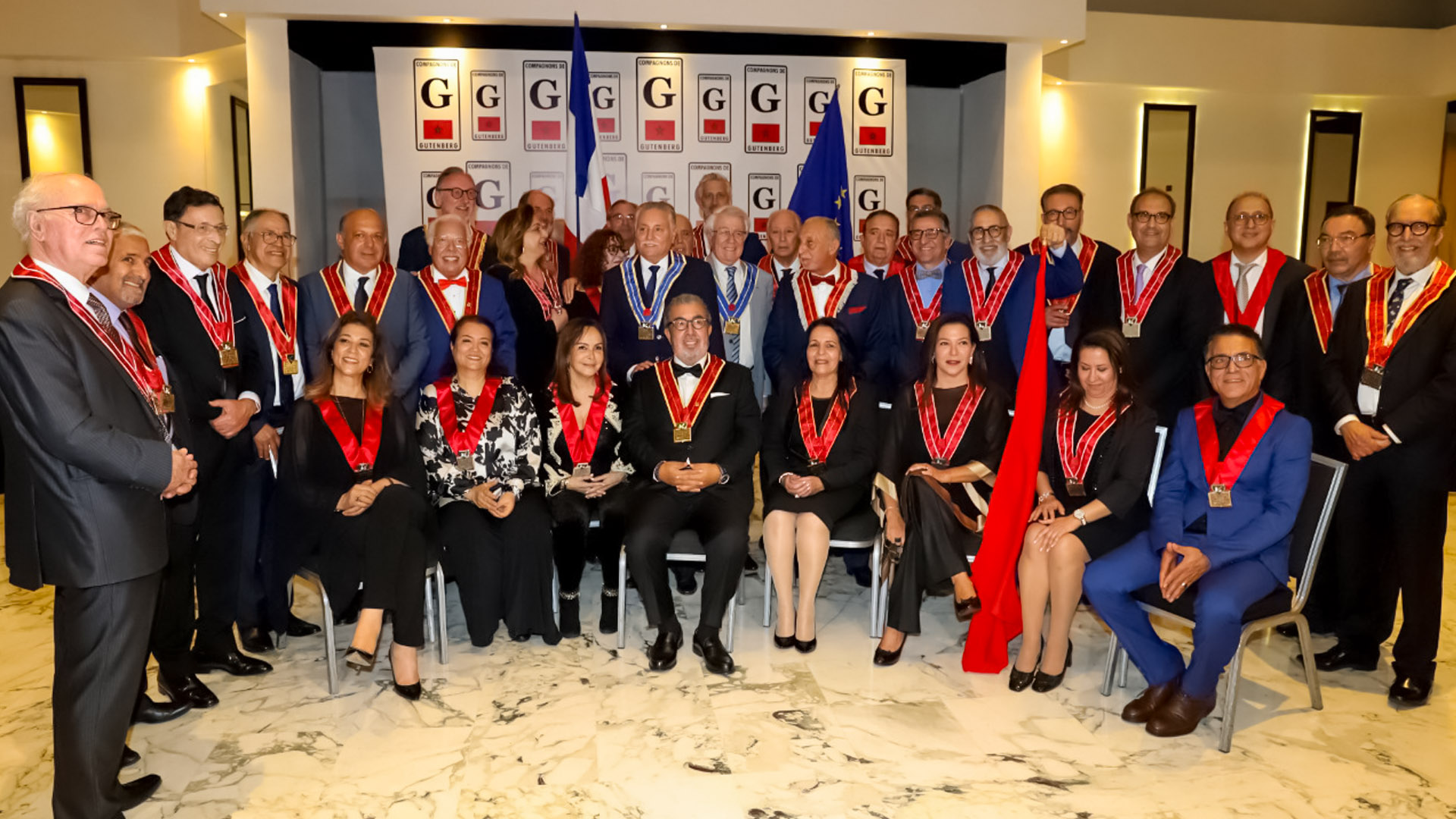 A total of five individuals were appointed Companions of Gutenberg during this ceremony, which was enhanced by the presence of distinguished figures from diverse backgrounds, all sharing the noble goal of fostering a love of reading. They come from the fields of education, literature, the arts, and media. They have vowed to defend humanism, pluralism, and acceptance of others, which are all values exemplified by Gutenberg.

Khalil Hachimi Idrissi, Grand Officer and President of the Gutenberg Companions – Morocco, welcomed the new members and pledged to promote and protect Moroccan culture, Arabic, and French, the official language of the brotherhood. Taking their oaths before the Grand Master of the Brotherhood, Philippe Jourdan, the newly appointed Companions pledged to work toward building a just and fraternal world while respecting other cultures.

Nadia Bernoussi, a lawyer-constitutionalist who participated in the drafting of the 2011 constitution, and Karim El Aynaoui, president of the Policy Center for the New South think tank, and dean of the faculty of governance, economics, and social sciences, are among them. Both were appointed officers. Amina Mansouri (bookseller), Baha Trabelsi (journalist-writer) and Souad El Tayeb (director of Radio Monte Carlo Doualiya) were knighted.

The Grand Master of the Brotherhood also elevated several members to higher ranks during the 10th solemn Chapter, in recognition of their devotion and commendable actions in defense of the Gutenberg values. Mohamed Mbarki, Director General of the Oriental Agency, Larbi Belarbi, former Director General of 2M, and Youssef Benjelloun Touimi, architect and urban planner, were raised to the rank of Grand Officer at this ceremony.

President of UAE meets Sultan of Oman to expand cooperation