Bahrain Interior Minister, General Shaikh Rashid bin Abdullah Al Khalifa, visited the Bahrain General Directorate of Civil Defence. He was received by the Chief of Public Security, Lt-General Tariq Al Hassan, and the Director-General of Civil Defence. He hailed the support of His Majesty King Hamad bin Isa Al Khalifa and the follow-up of His Royal Highness Prince Salman bin Hamad Al Khalifa, the Crown Prince and Prince Minister, for the improvement and modernization of the Interior Ministry to enhance security and ensure citizens’ safety. 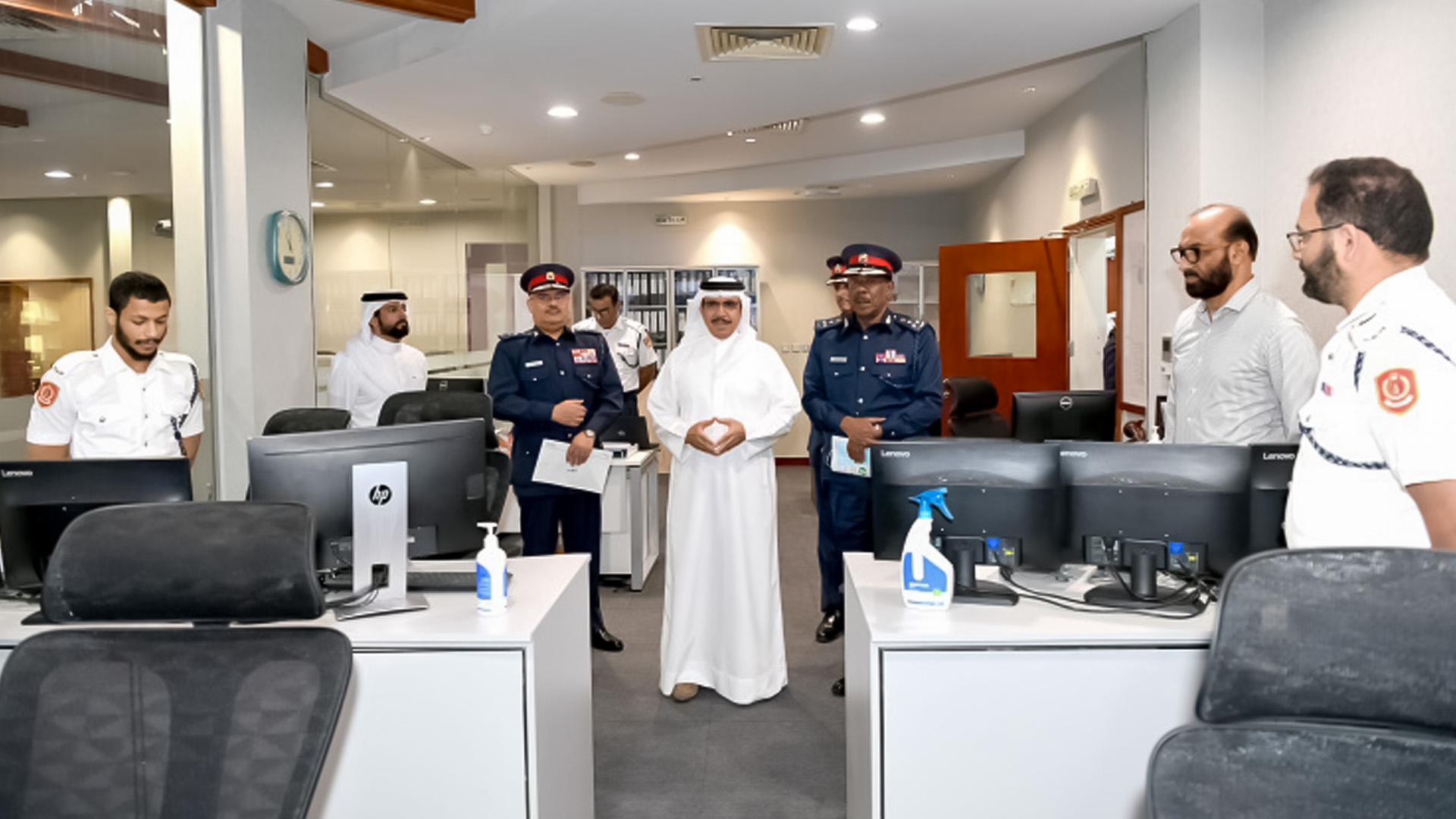 The Interior Minister expressed his gratitude and appreciation for the efforts of the civil defence personnel in maintaining public safety and protecting property. As part of the next phase of civil defence, he discussed the ongoing development of the fleet and equipment. He also discussed the intensification of training courses to deal with emergencies. He emphasized the importance of a culture-based understanding of communities.

The Interior Minister was briefed on safety and security procedures in dealing with radiation risks, including proactive steps and detection methods. In addition, the Hazardous Substances Unit informed him about its preparedness and response plans for an emergency. During the briefing, we discussed the goals of the National Emergency Strategy and the progress of creating a new concept of community partnerships to create a risk-free environment involving community efforts. It also emphasized the need for the creation of a civil defence division to disinfect and deal with hazardous substances.